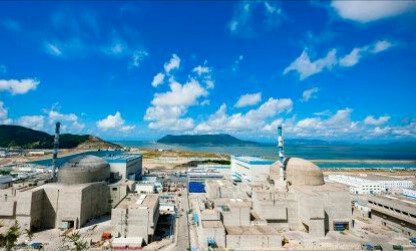 Chinese authority admitted that the fuel rods of Taishan nuclear power plant was indeed damaged after the news leaked earlier and raised concerns.

They also stated that there had not been a radioactive leak at the power plant which is located at guangdong provide of Southern China.

China’s Ministry of Ecology and Environment released the statement and also said that it was a normal problem and is nothing to be concerned about.

While the Chinese environment ministry did confirm the incident, they also said that the way it was described in the midea was somewhat misleading.

They said that the National Nuclear Safety Administration (NNSA), had reviewed the use of noble gases in a reactor and it had nothing to do with the detection of radiation outside the nuclear plant.

Noble gases are also known as inert gases which are a group of stable chemical elements which have very low reactivity. They are often used in situations where scientists do not want chemical reactions, for instance in nuclear reactors or lighting.

According to the authority An increase in radiation levels was detected in Taishan’s Unit 1 reactor, but this was within the parameters for safe operations.

The ministry said the increase of radiation was caused by damage to the cladding of a small number of fuel rods. Fuel rods are sealed metal tubes which hold nuclear materials used to fuel the nuclear reactor.

The ministry said that Of the 60,000 fuel rods in the reactor, only about 5 was damaged.

They said fuel rod damage during the operation of nuclear power plants is unavoidable and a common phenomenon.

The Taishan nuclear plant provides power for the Guangzhou and Shenzhen areas which are both major manufacturing hubs.