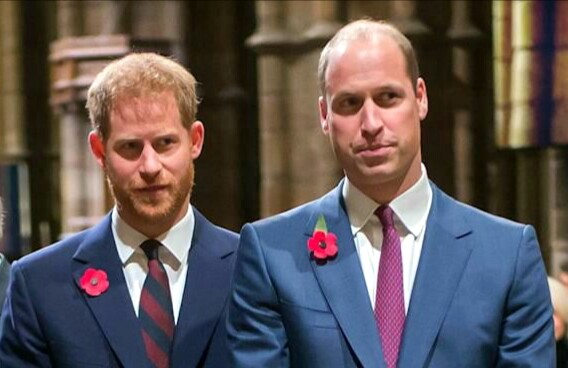 Prince William and Prince Harry blamed the BBC for the role it played in the grievous death of their mother, Princess Diana. They said her life was damaged by an interview she gave in 1995 to BBC that was obtained through a scheme of forgery and deceit.

The interview itself was an overwhelming disappointment which would hunt princess Diana till her last moments.

Princess Diana’s elder son Prince William who is the current Duke of Cambridge said in a video statement that he(Martin Bashir) “made lurid and false claims about the Royal family which played on her fears and fueled paranoia.” He also said “The interview was a major contribution to making my parents’ relationship worse and has since hurt countless others.” Price Willam also said that the fraudulent methods which interviewer Martin Bashir used to gain access to princess Diana “substantially influenced what my mother said.”

Prince William said these on Thursday following the release of an independent report that determined that Martin Bashir “deceived and induced” princess Diana’s brother Earl Spencer into arranging a meeting with her. According to this 127 page report, Bashir paid a graphic designer to edit and misrepresent bank statements and checks to make it look as if members of the Spencer family and the Royal family were being paid to spy on Diana.

The report also discussed BBC’s own internal probe after complaints surfaced in 1996. It also said BBC executives, including former director general Tony Hall was involved in the cover up. Martin Bashir, who was a very little known reporter before the interview became famous in one day.

In this interview of 1995 Panorama Diana spoke bluntly. about the collapse of her marriage with Prince Charles and his longtime affair with Camilla Parker bowles, his now wife.

About Diana’s statements Prince William said that “It effectively established a false narrative, which for over a quarter of a century has been commercialized by the BBC and others.” He also said “It brings indescribable sadness to know that the BBC’s failures contributed significantly to her fear, paranoia and isolation that I remember from those final years with her. But what saddens me most is that if the BBC had properly investigated the complaints and concerns first raised in 1995, my mother would have known that she’d been deceived.”

He said, my mother “was failed not just by a rogue reporter but by leaders of the BBC who looked the other way rather than asking the tough questions.”

Prince Harry also gave a statement about her mother’s death in the show, “The me you can’t see.” Prince Harry is the younger son of Charles and Diana. He is the Duke of Sussex.

Harry said, “Our mother lost her life because of this.” He added “ripple effect of a culture of exploitation and unethical practices” ultimately led to her death.

The BBC has written letters of apology to Prince William and Prince Harry as well as to their father Prince Charles and to Diana’s brother Earl Spencer. But the people of United kingdom are saying that the damage has already been done.