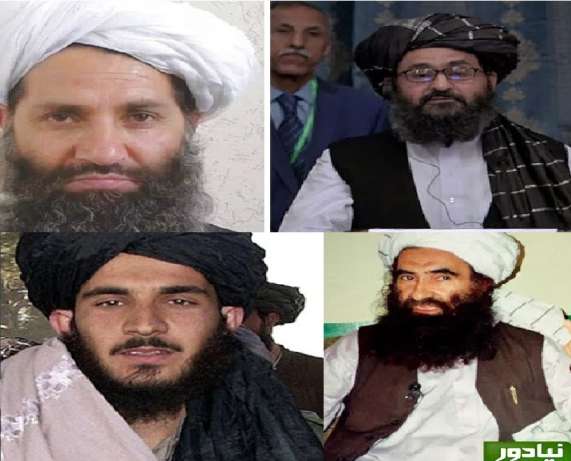 The Taliban, led by Mullah Omar, took power in Afghanistan two and a half decades ago; After losing power in five years due to attacks by foreign troops, the country has regained control after two decades under new leadership.

The names of the current leaders of the organization are coming through the international news after the Taliban took control of Kabul on Sunday after occupying one city after another in the last few weeks.

Among these leaders is the name of Mullah Yaqub, the son of the late Mullah Omar; However, the Taliban’s top leaders have always been secretive.

Haibatullah Akhundzada is considered the current top leader of the Taliban. His identity in the army is ‘Leader of the Believers’. His decision on any political, military, religious issue is final.

Akhundzada came to power in 2016 after the then leader Mollah Mansoor Akhtar was killed in a US drone strike. He is about 60 years old.

Earlier, Akhundzada was not a big leader, he was mainly in the army as a religious expert. For 15 years before 2016, many have seen him lead the prayers at a mosque in the southwestern Pakistani city of Kuchlaq.

Al Qaeda leader Ayman Zawahiri’s blessing is believed to have put him at the helm of the Taliban.

Akhundzada kept the Taliban united in the face of internal strife after a NATO airstrike and the death of Mullah Omar.
Not much is known about him like Mollah Omar. On Islamic days only news of statements and messages come.

Like many other Afghans, Baradar fought against Soviet forces in the 1980s. There are rumors that he fought side by side with Mullah Omar against the Soviet forces.

Baradar is believed to have been part of a small group that wrote letters to then-Afghan President Hamid Karzai after the fall of the Taliban in 2001.

Baradar was arrested in Pakistan in 2010 and was in jail. But he was released in 2016 at the request of Washington to speed up talks between the United States and the Taliban in Qatar.

Later, as head of the Taliban’s political wing, Baradar led talks with the United States in Doha. He also signed the agreement on behalf of the Taliban.

Sirajuddin Haqqani is the son of Jalaluddin Haqqani, a mujahideen leader in the anti-Soviet war. He is also the deputy head of the Taliban and the head of the Haqqani network.

The Haqqani network is believed to have carried out a number of major suicide bombings in Kabul in the past few years. The group has also been accused of killing Afghan officials and abducting foreign troops.

Mullah Yaqub (son of Mullah Omar, the founder of the Taliban)

Mullah Yaqub, the son of Mullah Omar, the founder of the Taliban, is currently the Taliban’s deputy chief. He is about 30 years old.

He also served as the head of the military wing of the army. Fixing war tactics, conducting operations is part of his job.

Mollah Yakub is revered in the army, largely because of his late father. That is why he became a symbol of unity in times of division or quarrel in the party.

However, analysts have doubts about his role in the management of the team. Many people think that keeping him in office is a lot of people.

Little is known about where and how the Taliban leaders live. The same was the case with their leader Mollah Omar. Although Mullah Omar died in 2013, it was a secret for two years.

The Taliban was born half a century ago through the anti-Soviet war. In Pashto, the word Taliban means students.

The United States was said to have played a role in building the Taliban to fight the Soviets, with Pakistan helping. The Taliban was also established in the border town of Pakistan.

The Taliban, led by Mullah Omar, seized power in Afghanistan in 1996 amid inter-ethnic strife after Soviet troops withdrew from the country.

After the 2001 attack on the Twin Towers in the United States, NATO-led multinational forces launched an offensive in Afghanistan. The team lost power and became exhausted. Of these, their existence could only be obtained through suicide or surprise attacks.

5 “BAD” habit you need to be a successful businessman!
3000+ meaningful Islamic boy names for Muslim baby

The 4 most powerful Taliban leaders

5 “BAD” habit you need to be a successful businessman!

MMORPG Game Online – Your Way To More Hours Of Entertainment

Strong Ideas To Help You Enhance Your Video Game Capabilities

The History of Coronavirus