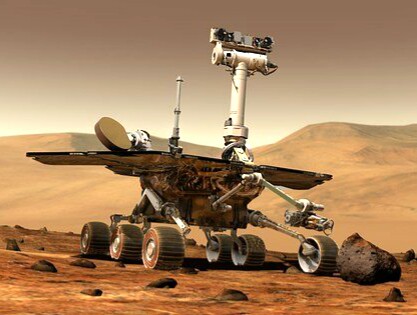 China successfully landed an unmanned spacecraft on the surface on Mars on 15th may,2021. With this China became the second country to ever land a spacecraft on Mars after United States.

The probe Tianwen-1 was sent under the supervision of China national space administration. It had an orbiter, a lander and a rover. The spacecraft was launched from Hainan island of southern China on July of last year.

In February of this year it sent back it first photo of Mars. The photo showed geological shapes including the Schiaparelli crater and the Valles Marineris canyons. The photo was made public by China National Space Administration(CNSA).

The lander landed on a vast lava plain known as Utopia Planitia. It used a parachute to descend. It landed the 240 kilograms rover Zhurong. Zhurong is a six-wheeled, solar powered rover. It will collect and examine rock samples from Mars’s surface during the course of next three months.

China is the first Country to carry out an orbiting, landing and roving operation on it’s first mission to Mars.

Zhurong is the second rover to land on the Red planet this year. Preserverance was the first one which was landed on February. It was by the US space agency NASA.

It was the first successful landing in 5 years. Many attempts to land a rover had failed before that with the most recent being on 2016 when Schiaparelli, the joint European-Russian spacecraft crash landed on the surface of Mars. Since then on new rover was sent until February 2021 when preserverance was successfully landed and since has been exploring the planet. Preserverance also launched a small robotic helicopter on Mars which was the first ever powered flight on another planet.

With the successful launch of Tianwen-1 and the successful landing of the rover Zhurong, China has reached a great height in space exploration. The Country still has a long way to go to catch up with United States and Russia whose astronauts ,scientists and cosmonauts have decades of experience experience in space exploration. But By working hard China have come this far very fast and have set examples to follow for other countries.

The landing of Zhurong release some pressure from China as a week ago the Chinese Long March 5B rocket disintegrated over the Indian Ocean in and uncontrolled landing back to earth. It drew criticism from other nations as it had a chance of endangering life and property.

Money transfer van robbery fails due to driver’s skills and bravery
The U.S. Must Stop Being an Apologist for Israel: Bernie Sanders